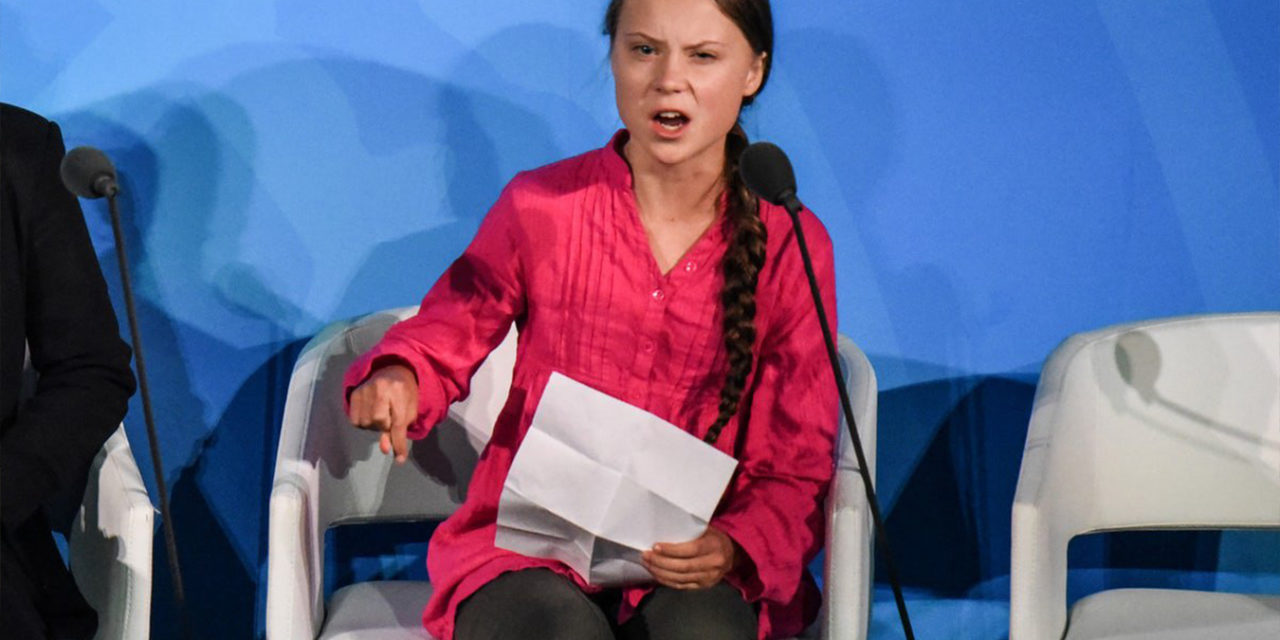 There has been a lot of criticism of the 16-year old climate activist Greta Thunberg, both from the mainstream right-wing media and from the blogosphere, some of it reasonable, but most of it misplaced, inaccurate and in some cases just nasty and rude.

Belong takes a look at the arguments levelled against Greta Thunberg and tries to put what she is saying and doing into perspective.

Greta Thunberg’s speech in the UN has been criticised by some right-wing commentators as melodramatic, although compared to some of the criticism levelled against her, this is quite tame. In her speech, Thunberg warned of the “mass extinctions” that are predicted to occur unless humanity gets a grip on climate change and attacked the current capitalist model as promoting “fairy tales of economic growth”.

The first thing to note here is that the mass extinctions of which Greta Thunberg is talking about are already happening because of human activity, no one disputes that. They have been publicly discussed by numerous scientists including David Attenborough and yet Sir David has never been called melodramatic or subjected to the kind of online abuse as Greta Thunberg.

Secondly, many scientists and economists have already warned that the world does not contain endless resources to sustain endless economic growth at any cost. The proof is already there to see. The vast majority of humanity survive on very little, while wealth and resources are amassed by an ever-dwindling minority. To highlight this blatant fact is hardly melodramatic, its merely reiterating an inconvenient truth that some people don’t want to hear.

The editor of the right-wing US magazine the Federalist, David Harsanyi, tweeted about Greta Thunberg: “The idea that they can use a kid as a political shield, give her immense coverage and then no one is allowed to talk about the substance of her arguments because she is a kid is just silly.”

This statement contains two glaringly obvious falsehoods. Firstly, no one forced Greta Thunberg to go on strike, become a climate activist and sail across the Atlantic.  Secondly, as Harsanyi and many others have proven, Greta Thunberg has been subjected to a good deal of criticism, counter analysis and argument.

Chris Barron, a Republican strategist, tweeted that Greta Thunberg was being subjected to “child abuse” and that the left was treating her like “a disposable pawn” in their “game for political power”. Once again this misses the point that Greta Thunberg has been the master of her own destiny and reduces her message to ‘a game’ Surely climate change, rising sea levels and the extinctions and changes that this will force on all life on earth is more than just ‘a game’?

David Reaboi, a consultant and writer on national security and political warfare, tweeted about Greta Thunberg, “All of you ‘climate activists’ are lunatic communists”. Trying to create a link between communism, a largely failed political ideology of the late nineteenth and early twentieth century, with climate science is just plain wrong and inaccurate.

While James Gagliano, a CNN law enforcement analyst, seemed to resent being “lectured” by a 16-year old. He tweeted, “can’t imagine in 1981 as 16-year old lecturing my parents, Reagan Administration, United Nations General Assembly, or any adult.” Gagliano is implying that Greta Thunberg’s opinion is worthless because she is only 16. This is both patronising and arrogant. While Greta Thunberg might not be right about everything, she has the same right to be heard as Mr. Gagliano.

When criticism becomes personal, nasty and rude, it almost always says more about the person giving the insults than the intended recipient. Some of the comments levelled at Greta Thunberg have been grubby and, considering the words are coming from grown men, childish.

Andrew Bolt, a conservative climate change denier from Australia, called her “freakishly influential” and “deeply disturbed”, while Brendan O’Neill the editor of Spiked magazine, called her a “millenarian weirdo” with a “monotone voice” with a “look of apocalyptic dread in her eyes.”

Even Christopher Caldwell, a respected author, writing in the New York Times, resorted to calling her “intellectually precocious”, “a complicated adolescent” “diminutive and fresh-faced” and as “younger than her years”.   Caldwell writes as if he knows Greta Thunberg well, sounding like her psychologist or teacher, when in fact he has never met her before.

Criticism of Thunberg’s Actions Tend to be Contradictory

Caldwell in his opinion piece for the New York Times, in which he argues the case that Greta Thunberg’s climate activism is at odds with democracy, frequently contradicts himself.

In the opening paragraph, he argues that for environmentalists, only “provocations and disruption” will force people to give up fossil fuels and that Europeans and Americans will not give up driving and reduce their consumption.

He has admitted that people won’t change their habits because of well rounded scientific arguments or facts but will have to be forced to change through protest and legislation. But then Caldwell criticises Greta Thunberg for skipping school on Fridays and handing out fliers, which he claims were in “crude language”, in front of the Swedish parliament. He is essentially criticising her for what he has just said is needed to make people change their habits.

Caldwell also admits that when it concerns issues like climate change, people have “had enough of balance and perspective” and want “single-minded devotion to the task at hand.” This is exactly what Greta Thunberg is offering.

Caldwell concludes with the flimsy argument that Greta Thunberg is a threat to democracy because “democracy often calls for waiting and seeing…. patience may be democracy’s cardinal virtue”.

This is somewhat short-sighted as well as forgetful of our recent climate history. Perhaps Caldwell should go to the people who are losing their homes in the Caribbean because of hurricanes or in the Pacific through rising sea levels and tell them to ‘wait and see’.

Scientists have been warning about the dangers posed by global warming and climate change since the 1990s and yet still very little has actually been done to reduce greenhouse gas emissions. If we wait much longer, then the vast majority of scientists agree that we will not be able to reverse runaway climate change.

Greta Thunberg’s recent journey across the Atlantic on a yacht was met with sarcastic jibes and snide remarks, including from Arron Banks, the founder of UKIP, who seemingly wished her to have an accident during her voyage and tweeted “freaking yacht accidents do happen in August”.

I wonder if Mr. Banks has ever sailed on a yacht across the Atlantic, or perhaps he’s not brave enough? Because even in August its not for the faint-hearted.

Comments like this also miss the point and in essence, fall into a trap. As Jennifer O’Connell argues in the Irish Times, Greta Thunberg’s trip across the Atlantic was an act of protest and like all acts of protest was designed to be provocative and symbolic.

Thunberg herself tweeted, “You don’t need to spend two weeks on a boat to do your part to avert our climate emergency.”

Much of the criticism levelled at Greta Thunberg is from middle-aged men who hide behind a computer screen ranting against something that has been scientifically proven years ago. Greta Thunberg, on the other hand, has sailed across the Atlantic and addressed the United Nations. Who is the coward here?

As O’ Connell puts it, “the middle-aged men taunting a child with Asperger’s syndrome can’t admit it to themselves, so they ridicule her instead. But the truth is they’re afraid of her. The poor dears are terrified of her as an individual and of what she stands for – youth, determination, change.” 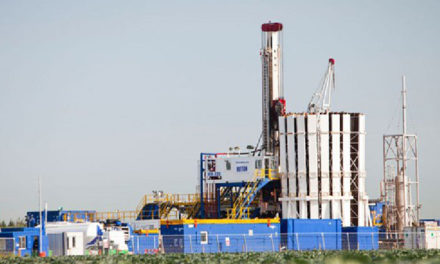 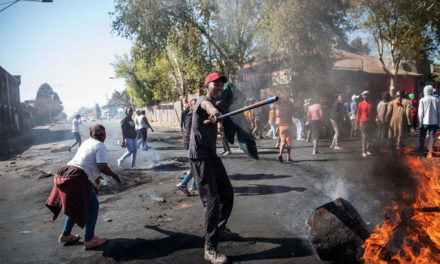 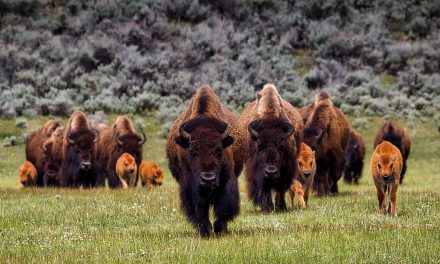 How Bison are Making a Comeback from the Brink of Extinction 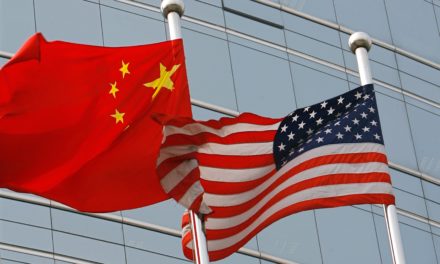 US Cancels Visas For Over 1,000 Chinese Nationals