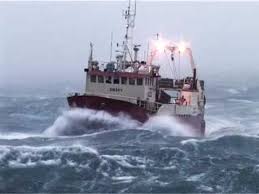 The common narrative is that Brexit offers the UK an opportunity to change its fishing policy, which currently under the EU’s Common Fisheries Policy (CFP) is fundamentally unfair, and benefits European fisherman more than our British boats, who, say some, are fundamentally exploited by the EU.

Belong did some investigating and found that truth is more nuanced, with some industry leaders against the CFP, and others who think that if we leave the EU or stay in, it will make little difference to the fortunes of British fishermen.

“Brexit provides the UK with the opportunity to design a management system that is more in touch with the needs of our fisheries and more responsive to the fluctuating conditions in the marine environment,” said Rodmell.

Rodmell said that the Common Fisheries Policy (CFP) has been out of step with the available resources for decades and that it is only the sacrifices made by the UK fishing industry in the 1990s and early 2000s, particularly the decommissioning of fishing boats, which has allowed a steady recovery of UK stocks.

Rodmell says the CFP is fundamentally discriminatory against the UK.

“The EU has a much greater dependence on access to British waters than vice versa. There’s a six to one imbalance there in terms of weight of catches in UK waters from EU fleet versus what we catch in EU waters,” he said.

The NFFO think that after Brexit, the UK will be able to have an independent fisheries policy and should negotiate something like the Norway model.

“The EU negotiates with the Norwegians an annual reciprocal agreement, which covers total allowable catches, quota shares and access agreements and quota exchanges. Quotas there are based on zonal attachments which are based on an objective consideration of the resources,” explained Rodmell.

Overall the fishing industry employs fewer people than it did twenty years ago and uses less, bigger boats, some of which are registered overseas and bring little benefits to traditional fishing ports.

Most of these small harbours fish for shellfish and quota species that are not managed by the EU like many of the inshore flatfish species like skate, ray, and plaice. Many of these species are dwindling and the British government, which has responsibility for their maintenance, hasn’t done enough to protect them.

The Lyme Bay programme to introduce sustainable fishing practices in Lyme Bay on the South Coast has been a massive success and shows what can be done if the will is there.  There, they have mapped the seabed and have created zones where fishermen are allowed to fish at certain times of the year and not at others. It’s carefully managed but doesn’t require any expensive technology to implement and make fishing there more sustainable.

“They’ve seen incredible benefits even in a short space of time, catches have increased even on the outskirts of the bay and in neighbouring areas. So it goes to show that if you carefully protect an area it has benefits for the wider ecosystem and wider industry,” said Ruth Wescott, co-ordinator of the Sustainable Fish Cities Campaign at Sustain, a campaign group that promotes sustainability in our food, told Belong in an exclusive interview.

Wescott is sceptical if leaving the EU will make any difference to the profits of UK fishermen and believes that taking back control of waters is a misnomer.

Once the UK leaves the EU, we will be obliged to negotiate with our maritime neighbours and stick within the agreed quota limits set by international law. If we decided not to stick to agreements with other countries, then we would be shooting ourselves in the foot, as this will undermine our own resources in the long term.

The recent mackerel wars between the EU and Iceland and the Faroe Islands showed what can happen if a country doesn’t abide by the EU or other international quotas, when Icelandic fishermen decided that they would ignore EU quotas.

“They decided that whatever the EU said, they were just going to catch more anyway, and the EU not only put trade sanctions on their fish but on other products as well, so they hammered the industry hard,” said Westcott.

Then there is also the fact that consumers are much more willing to pay more for sustainably caught fish and if British fish is viewed as unsustainable then this will do the UK’s reputation as a fish exporter lasting damage.

Sustainable Fishing for the Future

Although fish stocks in UK waters have overall recovered since the 1990s, only a third of our fisheries are in sustainable shape with two-thirds depleted or overfished, according to Sustain. But if these depleted fisheries were fully recovered and fished sustainably, then this would create 5,000 more jobs and double the industry’s profits.

“Stocks are in a very different shape in different parts of the country. Some stocks you’d stop fishing completely and compensate fishermen for not catching fish as we do with farmers to look after the land. In other cases, there needs to be an investment in nets and other gear to stop the catch of endangered species,” said Westcott.

Much of the UK’s landed catch is also data deficient, meaning there is no information on how and where it was caught. This is a problem that is already hindering the sale of British fish on the world and European markets as it is seen as unsustainable when in fact it might not be. This is a problem that would not be difficult or expensive to remedy.

Ultimately UK fisheries must be managed sustainably whether we are in or out of the EU and quotas must be based on the best available scientific advice. 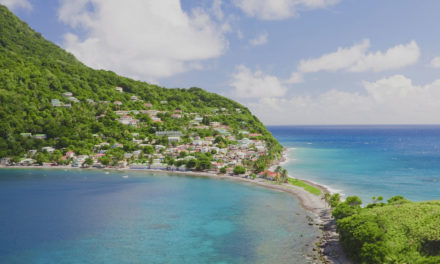 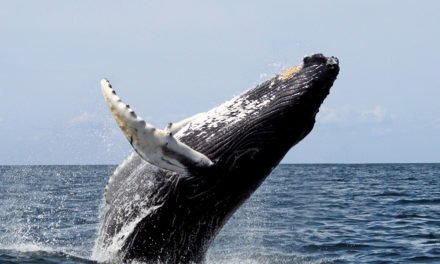 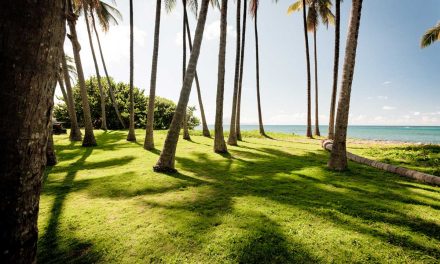 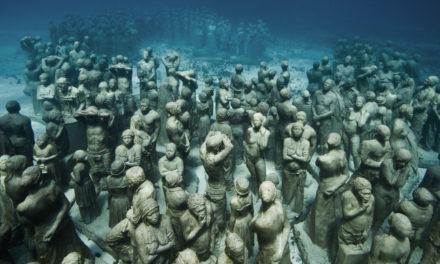 This Artist is Making the Underwater Arena His Canvas