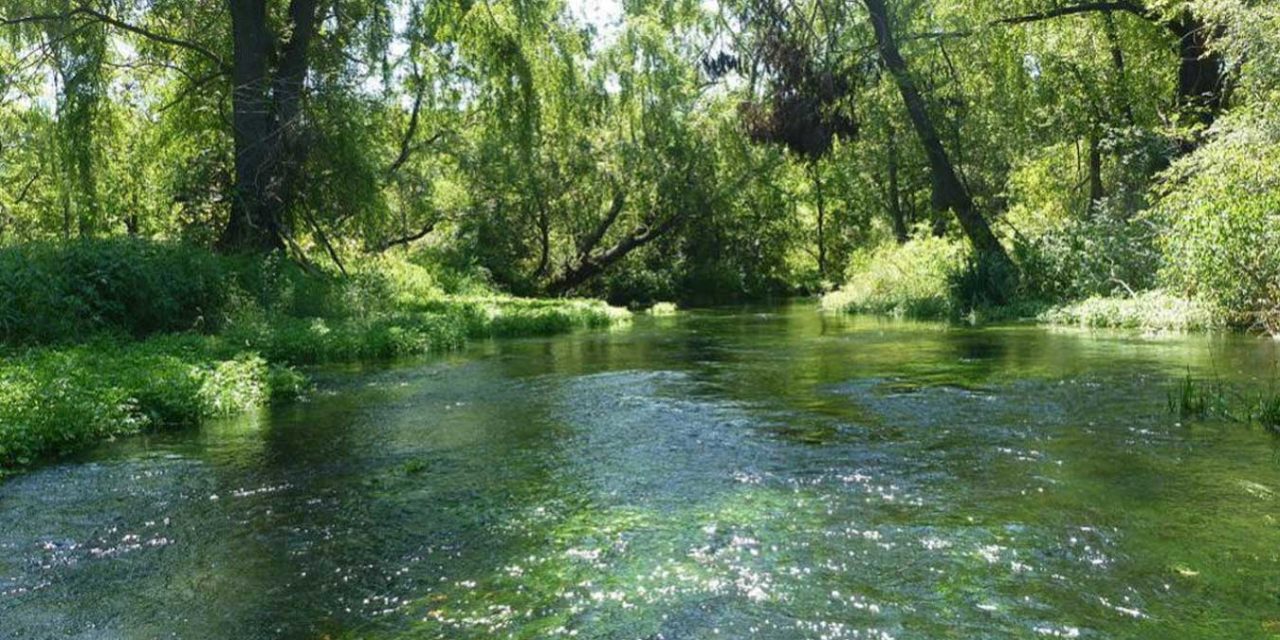 Research by Belong found that in the last decade the majority of rivers in England have become more polluted and that one of the main reasons is poor management and, in some cases, negligent activities of the privatised water companies.

This year the Swinbrook and Asthall Riverday festival on the River Windrush in Oxfordshire had to remove any swimming and the homemade raft event, which would have involved a lot of contact with the water, for the first time in years.

This is because water quality in the river Windrush has rapidly deteriorated since 2010 when the Environment Agency handed responsibility for monitoring pollution in English rivers to nine large water and sewage companies.

Thames Water is responsible for the River Windrush and they were fined an unprecedented £20 million in 2017 for numerous pollution incidents. In contrast, in Scotland, water resources are owned and managed by one publicly owned company, Scottish Water and in Wales, there are two companies that although privately owned, operate on a not for profit basis.  The result is that rivers in Scotland and Wales are significantly cleaner than in England.

Self-Regulation Does Not Work

In order to save the Environment Agency money, water companies in England, whose principal commitment is to their shareholders, were directed in 2010 to police themselves and the results of this cost-saving measure are dirtier rivers.

According to an Environment Agency report in 2018, only 14% of rivers in England met the minimum “good status” as set out in the EU Water Framework Directive, down from 25% in 2009.

A separate report in 2017 by the World Wildlife Fund (WWF), found the decision to allow private companies to run a public water system for profit has ushered in a short term approach where sewage treatment facilities are not modernised and as a result, there is insufficient capacity in the system.

Much of the raw sewage finding its way into English rivers comes from over 17,000 licenced emergency sewer overflows. These are allowed to spill untreated sewage into rivers, but they are only permitted to do during periods of extreme rainfall when sewage works are swamped with water. However, the WWF report found water treatment facilities were discharging raw effluent into rivers even during periods of light rainfall.

Fish Legal, which is part of the Angling Trust, is a member organisation that represents anglers in the UK who have suffered pollution or have problems on the rivers they are fishing.

Registered anglers are in a unique position because they have bought private fishing rights and that means they can take direct legal action against polluters, which in most cases are water companies.

Penny Gain, Head of Practice, at Fish Legal, explained to Belong that in some extreme cases they have instigated legal action against the water companies.   Fish Legal used civil law to bring a case against Anglican Water over repeated sewage plant failures that led to hundreds of fish dying. They sued as a last resort because the Environment Agency decided not to prosecute, despite categorising it as a category 1 incident.

“[We are] an alternative way of holding polluters to account, but we are certainly not a replacement for the regulatory systems that are in place and if they are failing or creaking at the seams, then everybody suffers really,” she said.

Fish Legal believes that relying on the water companies to monitor themselves, what is known in the industry as operator self-monitoring (OSM) has not only resulted in less investment in water treatment infrastructure, but it has now also been proven that water companies are not monitoring pollution properly. They have been caught submitting inaccurate records and, in some cases, making data up.

The fine was reduced only when Southern Water agreed to make changes and reimburse its customers as demanded by Ofwat and the Environment Agency. But as a result of the court case, Southern Water was forced to admit “widespread and deliberate measures were taken by the employees including at senior management level to prevent samples of wastewater from being taken at treatment works to check compliance with environmental permit conditions.”

Southern Water accepted that in practice this meant that “the true performance of its treatment works was hidden, and incorrect data was reported to Ofwat and the Environment Agency.”

Southern Water agreed to pay its customers £123 million in rebates over the next five years and primarily for this reason, the original £37 million fine was reduced.

Fish Legal, in an expansive report on the case, challenge this decision as short-sighted. Instead of giving rebates to customers, Ofwat should have directed Southern Water to invest in environmental improvements and upgrading its infrastructure.

“Private water companies know they can get away with polluting and poisoning rivers, the regulators have no teeth and the private companies themselves are responsible for reporting their own sewage spills. There is no incentive for them to be honest about it and they have financial incentives to pollute because it’s cheaper to do that than to do the work required to clean the water,” said Lees.

If the water companies are renationalised, as the current labour leadership has promised to do if they get re-elected, this would mean that data on the water companies would become more transparent as it could automatically be made available to the public.

“We can see that this works in Scotland where water is publicly owned and they have cleaner water and they invest more per capita, even though bills are lower,” explained Lees.

Despite being publicly owned Scottish Water invests more per head than any of the English water companies.

Public Opinion in England is becoming more aware of the worsening state of English rivers and the Environment Agency has now described the amount of pollution caused by water companies as “simply unacceptable”. The Environment Agency has already upped the number of enforcement actions and has started issuing higher fines. They are also lobbying the government for more funding, as they have had to operate with cuts of over 50% of their budget since 2010.

“We think it would be a good idea if the environment agency were better funded. They are looking to reverse the budget cuts that they have suffered as part of the spending review,” said Gain.

The Impact on the Environment

Infringements by water companies in a culture of inaccurate monitoring are almost countless, yet the amount of environmental harm that has been done has not been properly quantified. The WWF believes we must change how we manage our water use in England if we want to safeguard our rivers.

“We know that fewer than 20% of our rivers are in a good state and that simply has to change. We must stop using our precious waterways as dumping grounds for sewage and farm pollution. And we need to be more efficient in our use of water so that rivers aren’t sucked dry,” Dave Tickner, Chief Adviser for freshwater at the WWF, told Belong in emailed comments.

The Environment Agency has suggested that 75% of water bodies in England could be brought to ‘good’ status by 2027 in order to meet the EU’s Water Framework Directive but the WWF believes that is “very unlikely” that this target can be achieved unless the government takes drastic action to change the way water companies operate.

As well as the Southern Water Scandal, Thames Water was fined an unprecedented £20 million in 2017 for several significant pollution incidents on the River Thames and its tributaries. In one case a cyclist spotted a black cloud of polluted water in a tributary of the Thames near Didcot in Oxfordshire which contained solid sewage such as toilet roll and sanitary towels. This was one of many such incidents in Thames Water’s catchment area.

One of England’s little-known gems is its chalk streams. There are only 210 chalk steams in the world and 160 of them are in Eastern and Southern England.   Most of them are in a seriously degraded state as a result of a repeated lack of investment in infrastructure and an increase in demand for water in southern England because of population growth.

In a 2014 report called the State of England’s Chalk Streams, the WWF found that 77% of them did not have good water health, quality or high biodiversity and concluded: “The results are clear: England’s chalk streams are in a shocking state of health.”

Ofwat must also raise its game and instead of handing out fines, should consider, where appropriate, stripping water companies of their licence to operate as was done by the rail regulator on the East Coast Mainline when it was renationalised by the government last year. 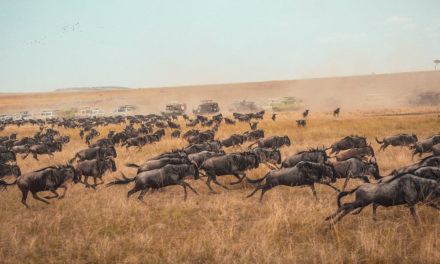 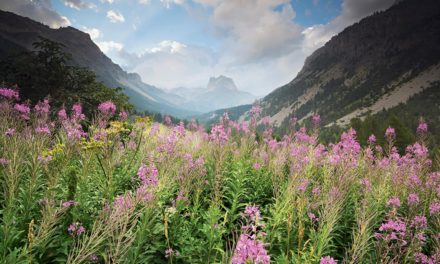 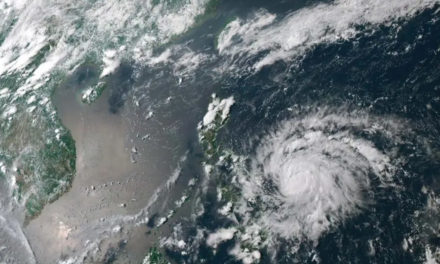 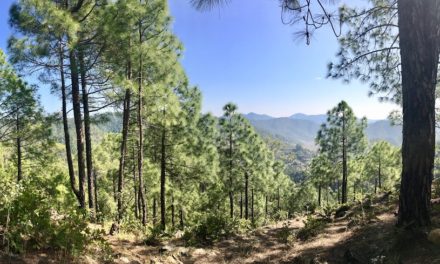 How Pine Needles Are Powering Homes in The Himalayas