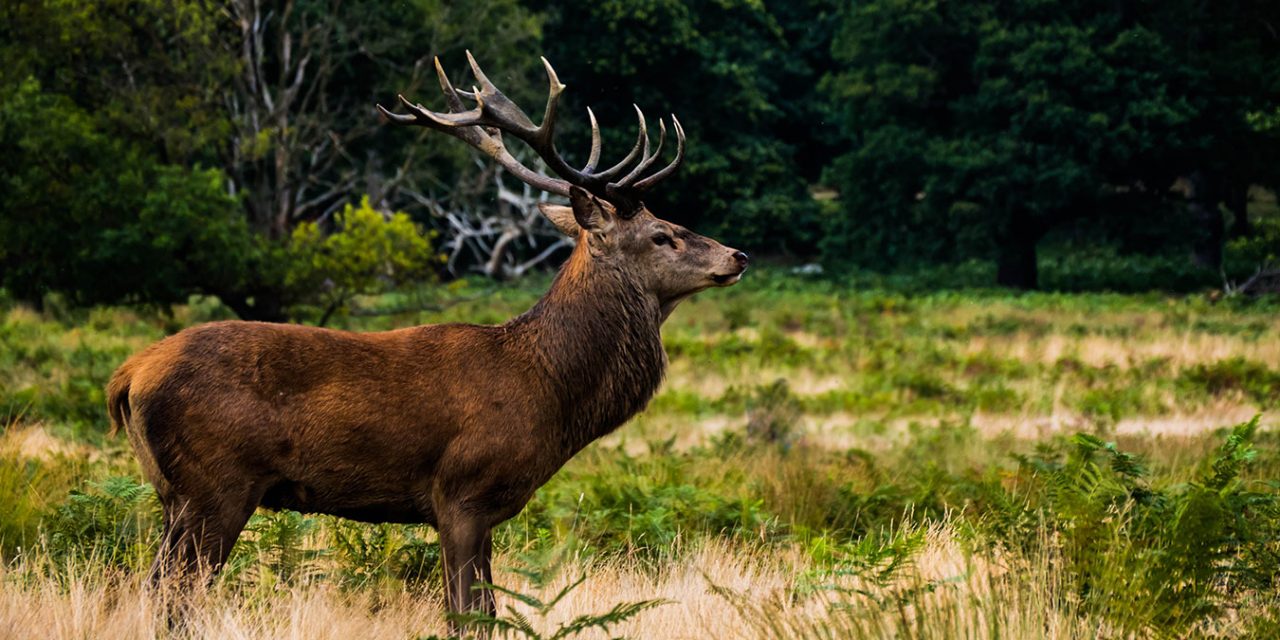 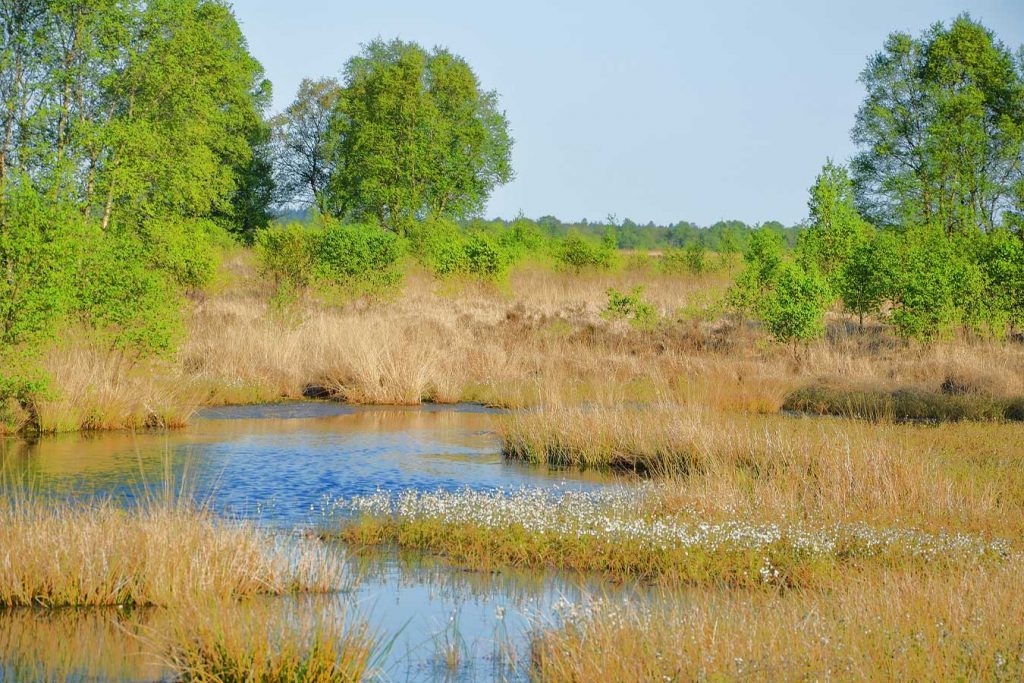 An Unsung National Treasure Peatland is also an important national asset and plays a crucial role in the capture of carbon. Globally, peatlands store more carbon than rainforests and, in the UK, cover 10% of the landmass. But most of Britain’s upland peat areas are in a poor state with their ecologies often disrupted by overgrazing, conifer plantations, and drainage ditches. Rewilding this national treasure would make a huge contribution to reducing CO2. Rewilding Britain is proposing that restoring much of the landscape to nature could make a significant contribution towards helping the UK get its carbon emissions down to zero. These ecosystems would absorb and store carbon dioxide equivalent to 10% of the UK’s total annual emissions. 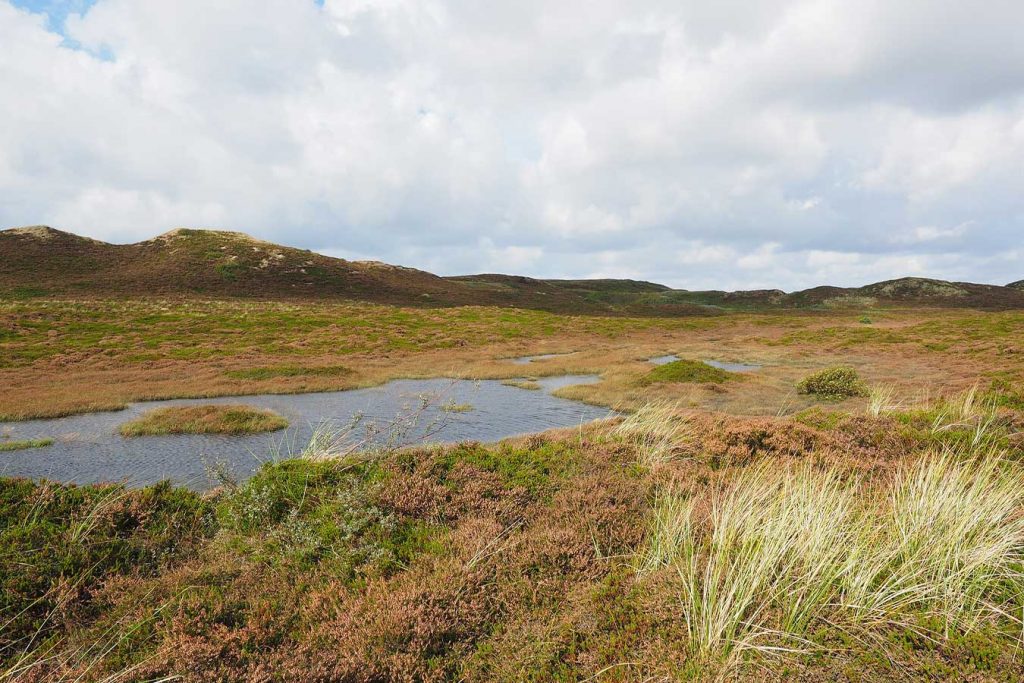 The UK parliament, along with a few other countries, including the Republic of Ireland and Belgium, has recently declared a climate emergency but has not yet come up with a detailed, workable plan to significantly reduce carbon emissions. “It’s all very well declaring a climate emergency, but we need to make some choices about the way we reduce emissions and the way we sequester carbon,” said Wrigley. The UN’s Intergovernmental Panel on Climate Change (IPCC) has warned that in order to restrict global warming to 1.5C will require a 45% reduction in CO2 emissions by 2030 and zero emissions by 2050. The UK government has pledged to meet these targets, but as of yet, it is not clear how. Agriculture is itself a large contributor to greenhouse gas emissions, accounting for 10% of the UK’s total and the National Farmers Union (NFU) has committed for the sector to reach zero emissions by 2040. 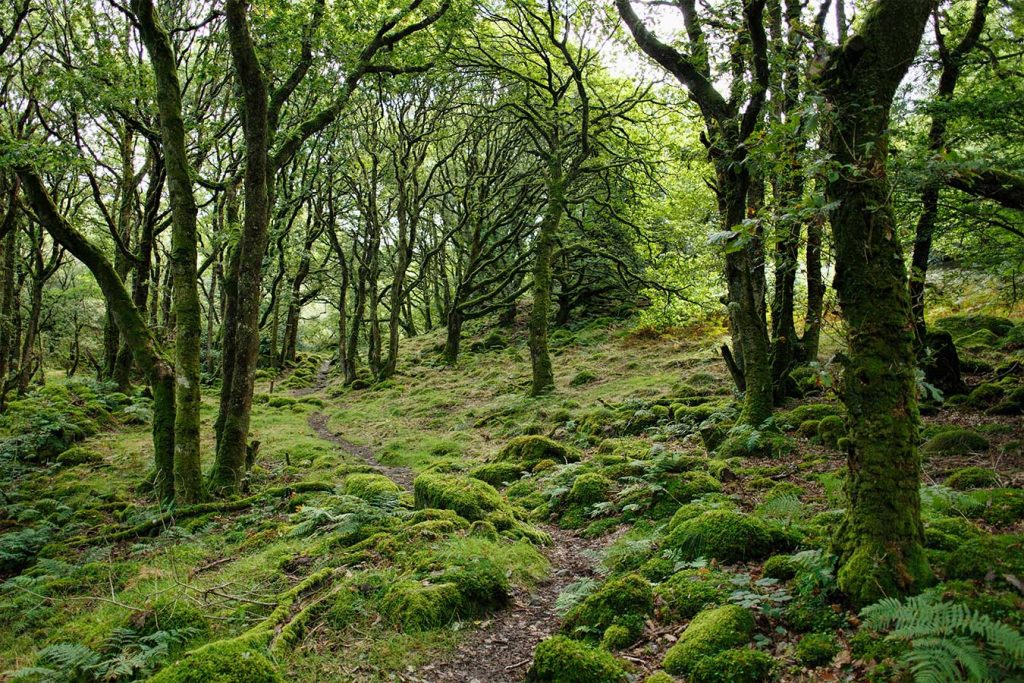 If and when the UK leaves the EU’s farming subsidies regime, known as the Common Agricultural Policy (CAP), the government has proposed replacing it with a system where “public money is spent on public goods” and this change is already prescribed in the government’s Agricultural Bill and the 25-year Environmental Plan. “We are simply saying that carbon sequestration should be highly prioritised within those plans and that landowners should be rewarded for the pivotal role they play,” said Wrigley. But she also warned that in the future there will be increasing pressure on budgets for farm subsidies or whatever replaces them and that therefore a mandatory carbon pricing system should be introduced. Under the system, those sections of society and the economy that produce most carbon would have to pay into a fund that would then help pay for activities that sequester carbon. Current EU farming subsidies total £3 billion a year, just in the UK, with only 13% of this sum going on environmental schemes. Rewilding Britain proposes paying a subsidy to landowners for how many tonnes of CO2 is captured by plants, trees, and soil. This would make woodlands the most valuable at £512 per hectare, while peat bogs, heaths, and salt marshes would earn about £300 per hectare. Wrigley said that if farmers decide to restore their land to a more natural habitat, then they “certainly shouldn’t be worse off.” She also emphasised that the rewilding plans would not see any drop in food production from agriculture, as the areas proposed for rewilding are not particularly productive in terms of crops or livestock. “A lot of the farmers in the uplands of Britain are in an incredibly vulnerable position. At the moment 80-90% of their income comes from subsidies, and if and when we leave the European Union a lot of the market for their lamb will disappear,” so rewilding can help diversify income opportunities for landowners in rural areas,” explained Wrigley. 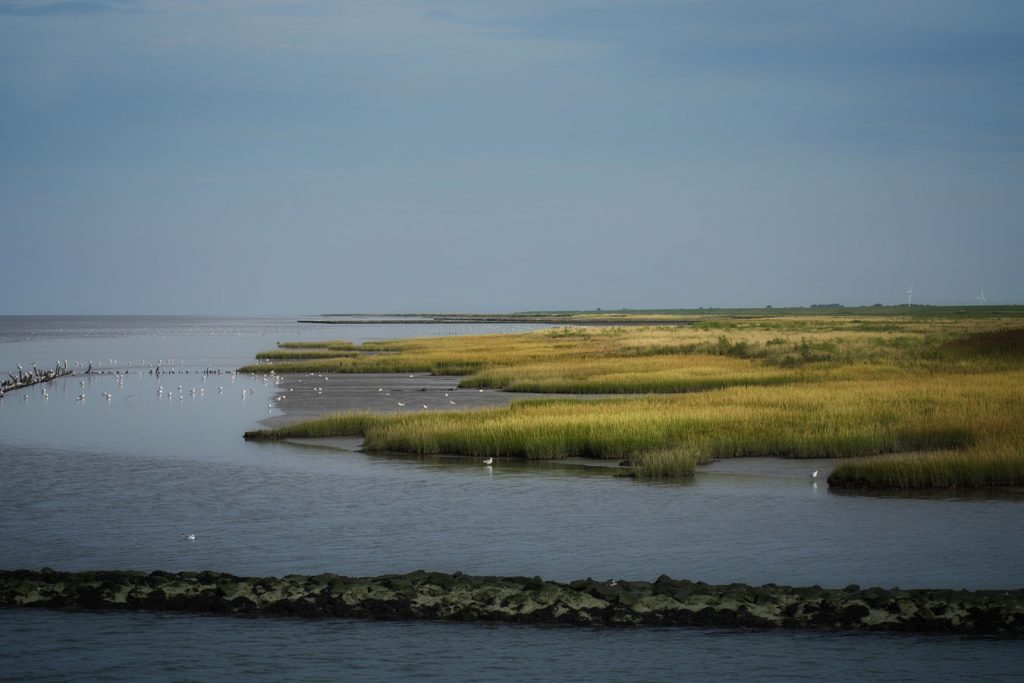 If areas adopted a cooperative type system to manage land use, then decisions could be made about how exactly the land is used to benefit both nature and provide an income with the aim of creating more resilient rural economies. “By building up multiple landholdings, you can make decisions about where to have low impact forestry, or organic livestock production, where you might want to leave the land for nature to take care of itself, or where you might want to have other high nature value activities such as eco-tourism,” said Wrigley. Wrigley emphasised that rewilding is not about creating isolated areas and that people, both locals, and visitors, are part of the picture. Areas that have been rewilded should be “a rich mosaic of habitats and wildlife, intermingled with an equally rich mosaic of economic enterprise and productive activities so people can reconnect with nature,” she said. 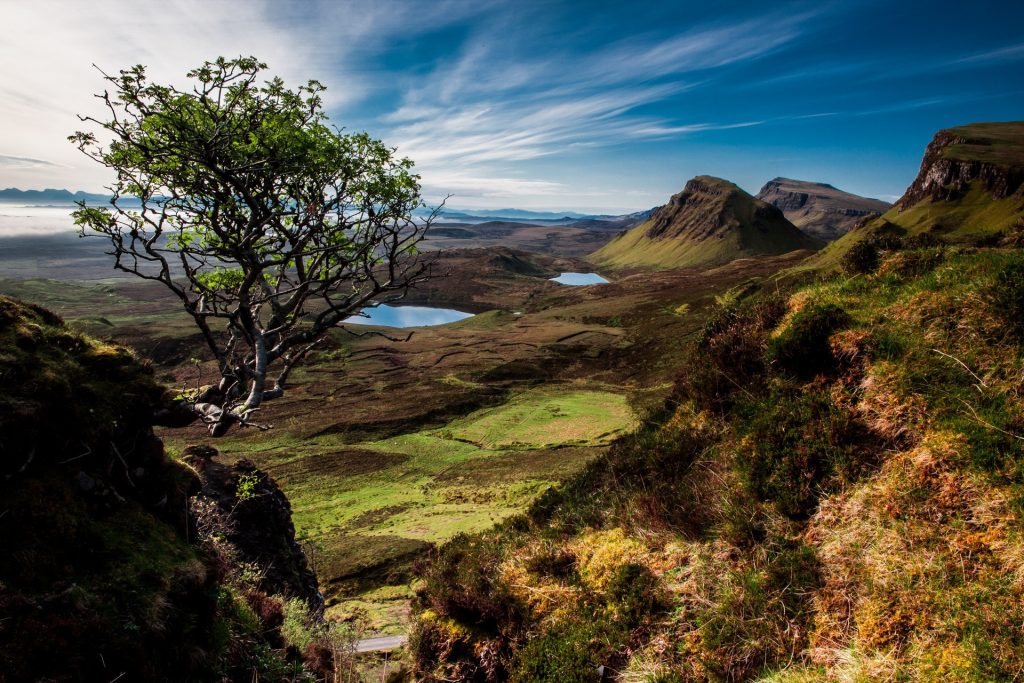 One of the most ambitious projects proposed by Rewilding Britain is in mid-Wales and aims to rewild a large stretch of land from the top of the Cambrian mountains to the sea in Cardigan Bay. Called Summit to Sea, it aims to restore large areas of forest, peat bogs, meadows, and salt marshes, including a marine habitat protected from harmful fishing practises such as trawling. Funding for the project was secured at the end of last year and £3.4 million has been made available to kick start the project over the next five years. Rewilding Britain is working with a number of partners to make this a reality including Natural Resources Wales (NRW) and the RSPB and has the support of the Welsh government but in order for the project to be a success it has to have the support of local communities. In fact, local support is key to all the plans envisaged by Rewilding Britain to restore the UK’s landscape to nature for the public good. “What is fundamental to us, is that what-ever gets set up is done with local communities and that over time a local entity or local partnership is established with local governance because it’s all about finding a future for both people and nature that allows both to thrive,” said Wrigley.]]> 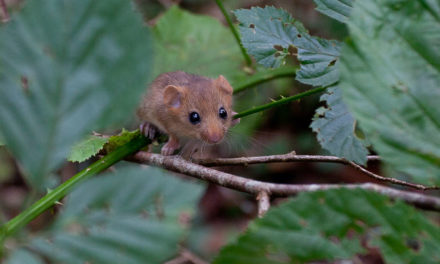 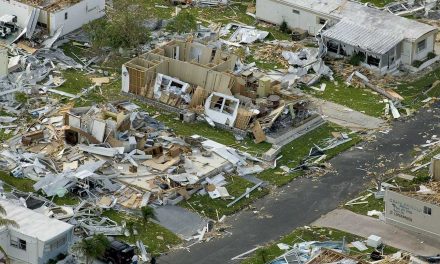 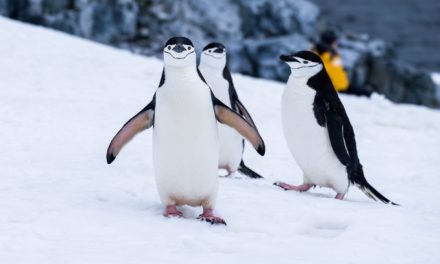 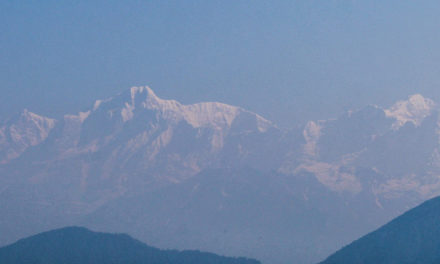 The Himalayas Are Visible for the First Time in Decades