Two Years After Grenfell and Very Little Has Changed 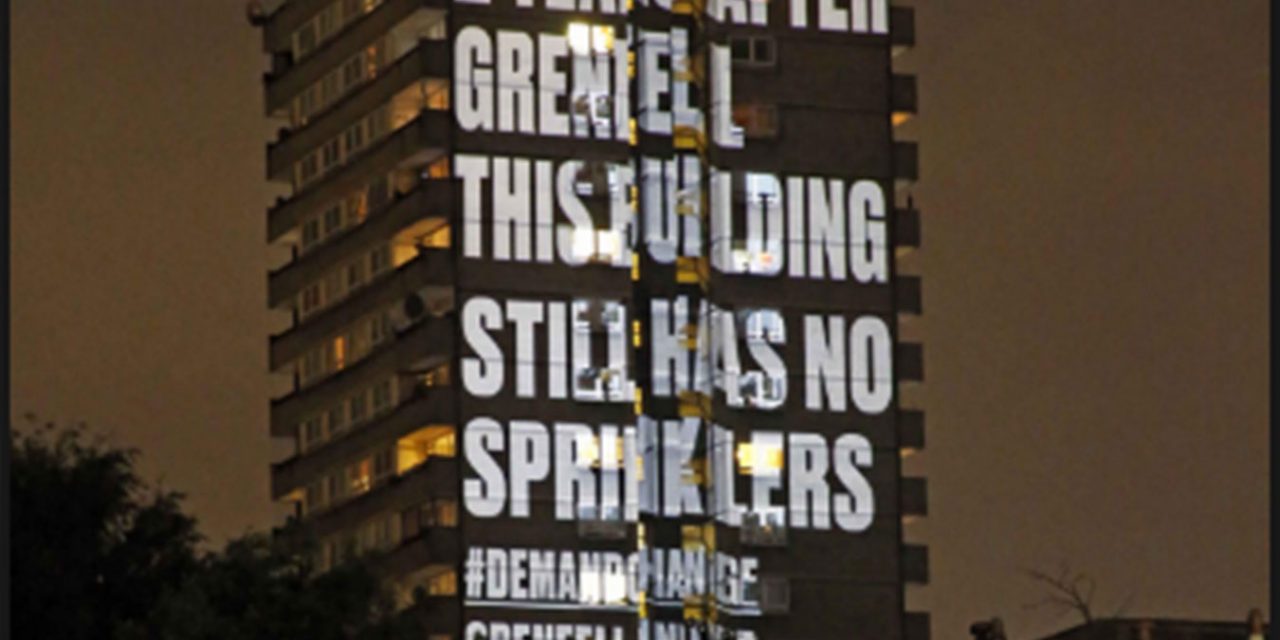 A Simple Message In Manchester, the message read “Two years after Grenfell and this building is still covered in dangerous cladding.” In Newcastle, it said, “Two years after Grenfell and the fire doors in this building still aren’t fit for purpose.” While in London, the neighbouring tower block to Grenfell was illuminated with the message “This building still has no sprinklers.” Only 105 high-rise buildings that failed safety tests have had work to remove dangerous cladding fully completed, while 221 are still waiting for the work to start. The government has offered £200 million to help remove so-called aluminium composite material (ACM) cladding from privately owned blocks, but this is seen as barely sufficient. Many leaseholders will still have to fork out thousands of pounds for the work to be done and there are calls for government funding to be extended to cover other forms of cladding and fire safety measures such as sprinklers. Lucy Powell, the MP for Manchester Central, told the House of Commons that “Residents are trapped in dangerous properties. The fund does not cover many buildings in my constituency that have other cladding – not ACM cladding – or that have no firebreaks or other safety concerns.” Natasha Elcock who is a survivor of Grenfell and chairs Grenfell United said that “people are still going to bed at night worried that a fire like Grenfell could happen to them.” [caption id="attachment_16749" align="alignnone" width="1024"] 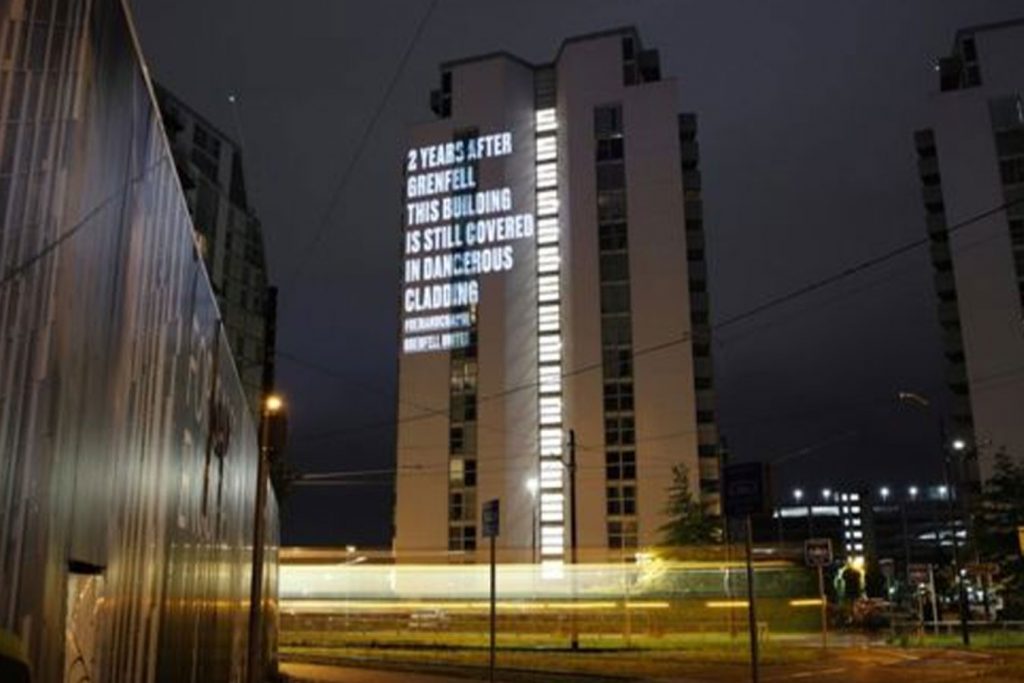 The Grenfell inquiry was supposed to deliver its phase one recommendations by April 2018 but this has been delayed until October 2019. So far It has not made a single recommendation on making homes safer. While phase two of the inquiry where investigators try and determine who was responsible is not even due to start until early 2020. The police have confirmed that they won’t be able to bring any charges to the Crown Prosecution Service (CPS) until 2022 at the earliest.

On the second anniversary of the tragedy, which saw 72 people lose their lives, the message from the community affected by the fire is that at the current rate of progress there will be another fire in which people will die. In addition to the fact that the majority of tower blocks with cladding exactly like Grenfell are still covered in it, there is no money being made available to buildings under 18 meters. There is an unknown number of low-rise buildings with ACM cladding and there are countless buildings made from materials that are supposedly safe but in reality, are not. In Braking on Sunday there was a fire in a six-story low rise block of flats that was privately owned and therefore not covered by any of the government’s legislation or remediation programs. Despite the fact that the residents of De Pass Gardens raised concerns about the wooden cladding, its builders, Bellway Homes, insisted that the external thermowood balconies were completely safe. In fact, they caught fire in seconds and within minutes the building was engulfed in flames. There were no fire alarms or sprinklers. The building was evacuated successfully, and no one died, but many more people will now have lost the feeling that their homes are safe. [caption id="attachment_16750" align="alignnone" width="1024"] 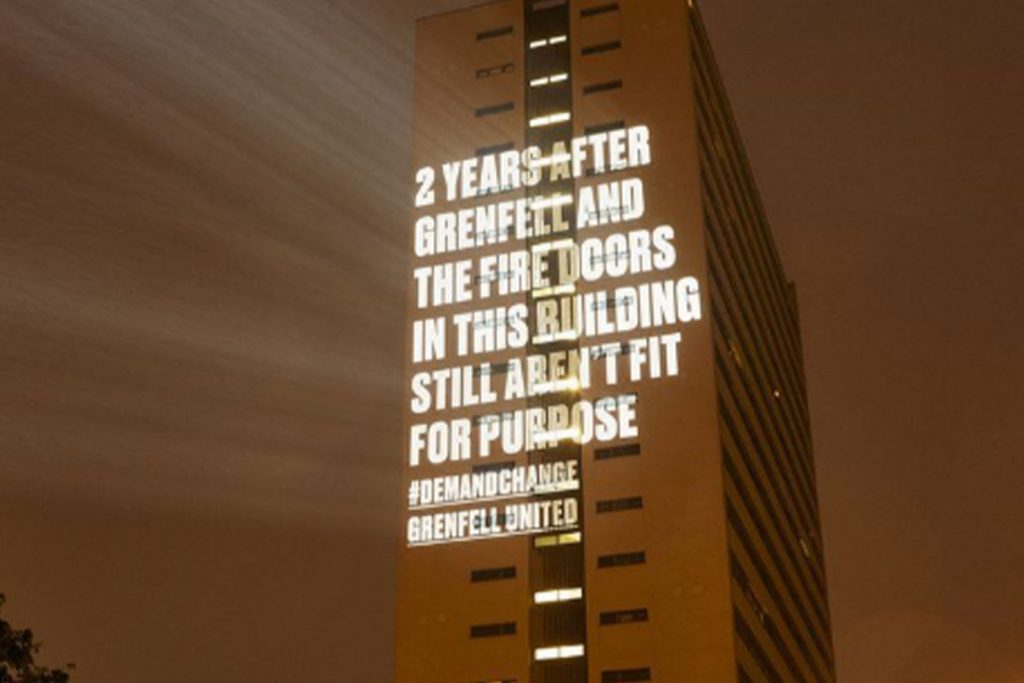 Promises Go Up in Smoke

It seems that the main reason why buildings are still unsafe is government indifference to the whole subject. This is despite many people speaking out on the subject, including the mayor of London, Sadiq Khan, who has written to the Prime Minister and called the lack of action “shamefully slow”. Grenfell United is calling for an independent housing regulator to protect tenants and change the culture of social housing, which has been neglected by successive governments since the 1980s. It is well within the government’s power to fix these problems if it wanted to, but it just doesn’t care enough about working people. Indeed, Grenfell is a monument, a symbol of neglect. Landlords, local and national government had even the media were warned about the problems but couldn’t be bothered to do anything about them until it was too late. Seven months before the deadly fire, the Grenfell Action Group noted that all their concerns about fire safety that they had raised with the landlord had been ignored. “[We] have reached the conclusion that only an incident that results in serious loss of life will allow the external scrutiny to occur that will shine a light on the malign governance of this non-functioning organisation.”

This was a grim prophecy indeed, and one that turned out to be completely true. The cheap, flammable cladding made the austere exterior of Grenfell Tower, a 1970’s block, appear a bit prettier to its wealthy west London neighbours and yet was a death trap to the poor, mainly immigrant families who lived in it. The irony is that Grenfell was much safer when it was built than after its refurbishment. The fire was the result of the kind of capitalism on display in London, the result of austerity, deregulation, and privatisation. Seeing that a similar tragedy could happen any time the answer can only be that we as a nation and as a society simply don’t care. There are still a small number of Grenfell survivors who two years on have not been rehoused, despite assurances that they would be. 68 former Grenfell households are still living in emergency accommodation. Main picture taken from Grenfell United]]> 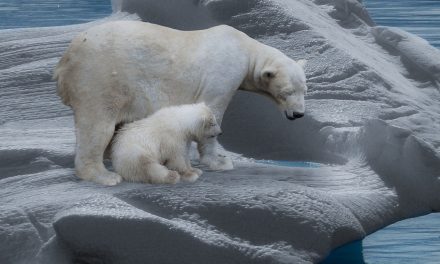 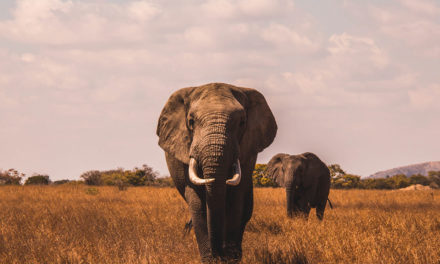 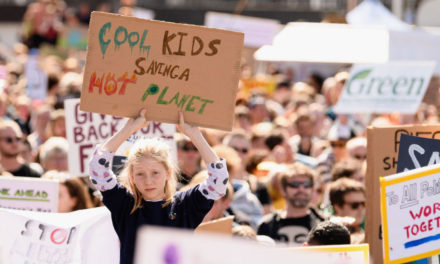 Another Wave of Climate Strikes Gets Going Across the World 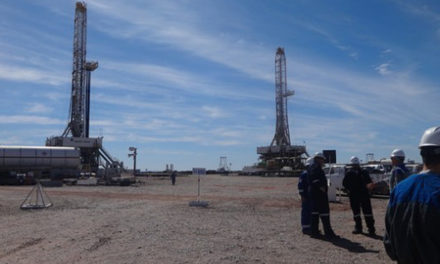